In last week's Blog, we reached out to our community to submit their suggestions of our local history and help us tell our story.  Come to find out, there are several talented storytellers out there who had amazing memories that they still cherish and wanted to share with us.  Just as a reminder, the Friends of the Pacific Electric Trail have a goal to design, build and donate a new sign/monument at the Route 66 Trailhead that will feature key elements of our rich history in the Inland Empire. 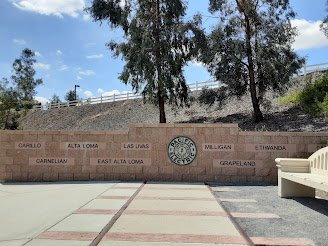 Our first story was submitted by a local resident, Joseph who has lived in the IE for over 70 years and watched the region grow by leaps and bounds.  “As a kid, I remember riding east on Foothill Blvd., with my grandpa in his old red pick-up truck on our way to Cucamonga to buy cases of Aunt Virginias favorite wine from one of the local wineries."  “I knew that when we got to the place where we drove under the train crossing, we were almost there.”  “Now that train trestle has been moved to the Route 66 Trailhead and a new pedestrian bridge occupies that space.” 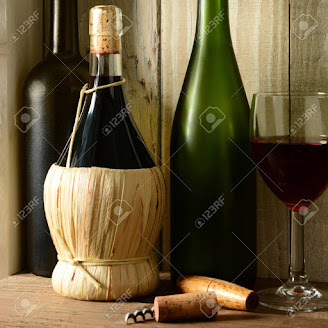 Our next story was submitted by another resident in the Inland Empire, Anthony who lived here with his family since the 50’s.  “We used to hunt for jack rabbits in the wine vineyards and orange orchards that surrounded our neighborhood.”  “Seems like as far as you could see, there were miles and miles of vineyards and orchards.” 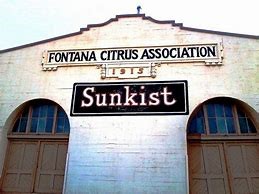 Another storyteller surprised us with her story of her uncle who worked at the Alta Loma Packing House.  Olivia lived close to Ramona St. and remembers hearing the trains roll by.  “My Uncle E.J used to be the foreman at the Alta Loma Packing house where the local farmers would deliver their fresh picked citrus for sizing, packaging and transport.”  “I remember that sweet smell of orange blossoms was the perfume of spring.” 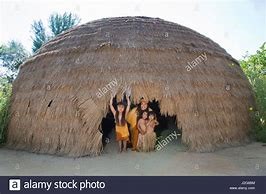 The next interesting story was submitted by Teresa who has deep roots in this area.  “As important as it is to me and all of us to leave a record of my time on this earth or my family legacy as it were.”  “There seems to be a vacuum of information about the original inhabitants of this region that is relevant to the true origins of this land and no acknowledgement of the indigenous people who lived here before the arrival of the settlers.” “My ancestors date back thousands of years and occupied hundreds of villages in the greater LA basin, from the mountains to the Channel Islands in the Pacific Ocean and is bordered by Ventura County and the western portions of San Bernardino and Riverside counties.” “There once was an Indian village on this very site: Kuukaamonga that sustained a village with abundant hunting and year-round water from Cucamonga Creek.” “Led by Captain Juan Batista de Anza, Spanish Conquistadors arrived in this area in 1774 and were invited by the local tribe to rest at the oasis of plentiful water in thick groves of cottonwoods, willow and giant sycamore trees.”  The name is attributed to the relatively friendly and numerous bears that shared the area with the Indians.” The Spanish called this location Arroyo Los Osos, which later became known as Bear Gulch and is now the site of this trailhead.” The nearby Sycamore Inn, (originally named the Mountain View Inn was a Butterfield Stagecoach stopover on the Santa Fe Trail leading into Los Angeles.  In 1864, President Abraham Lincoln granted the Butterfield Stagecoach stop an official Post Office.”  “I would really like our Indigenous story told as part of this proposed new sign in the monument at the Route 66 Trailhead.” Generations of descendants from these tribes still live in and around southern California and this story is a significant part of our history to be preserved for generations.” 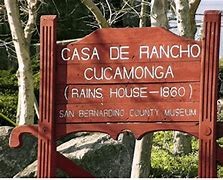 Our last story was submitted by Elizabeth who has fond memories of the nearby John Rains Museum, which is just around the corner on Vineyard Ave.  “Our family has a holiday tradition of visiting the John Rains Museum during the Christmas season to experience the wonder of what life was like over a hundred years ago.” “Our grandchildren still remember the way the house was decorated and how people dressed during that era.”

Thank you all for sharing some of your favorite memories with us and for helping the Friends of the Pacific Electric Trail tell the rich story of our corner of the Inland Empire.  If these stories inspired you to contribute to this project, it is not too late to submit your story.  Thanks in advance for your collaboration, please email your story to: Victoria.Jones@petrail.org.