The 4th of July is a National holiday in the United States of America and due to the COVID-19 pandemic, many of us looked for alternative ways to safely celebrate this tradition. Also known as Independence Day, it is the most important holiday in our land for it celebrates the very founding of our country which solidified the American colonies' resolution to fight for their independence from Great Britain 244 years ago. Independence translated into freedoms that shaped the country that we grew up in, it's in our blood, it is our DNA.  This Independence Day 2020 has given us a space for reflection of the freedoms we so deeply treasure.  Fireworks may be the public demonstration of this national holiday, but they are not a requirement.  We will have much to look forward to next year when we are finally passed the health crisis and truly have something to collectively celebrate.

This year will be unusual due to our inability to gather and celebrate traditionally.  Not since 1918 have we been unable to join with friends and family to honor the efforts of our founding fathers and the patriotic citizens of the colonies.  That was due to the Spanish Flu that arrived in America with the returning soldiers in WWI.  That pandemic, like this one, has Americans struggling to come to terms with the restrictions that are necessary to slow this epidemic down.  There were those back then who would not or could not come to terms with the need to shelter in place.  But, just like 1918, this health crisis is about biology, not about infringing in freedoms or inconvenience.  By obeying the law of the land and guidance from our health experts to not spread this illness, we are not infringing on our fellow man’s freedom to stay alive. 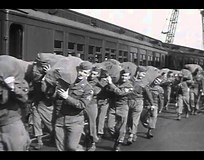 The Preamble states the purpose of the Constitution and its intent. It is not law or a legal document but is used to explain what to expect in the Constitution.
The Preamble of the Constitution was written in 1787 and contains 52 words to preface our great document. The term Independence Day was recorded as early as 1790, but the term Fourth of July is found as early as 1779. Of course, Independence Day / Fourth of July commemorates the events of July 4th, 1776 when the Second Continental Congress adopted the Declaration of the Independence, declaring that the 13 colonies were free from King George.  Upon its inception, this democracy was an experiment like no other. It was and is meant to guarantee freedoms of the individual. Meant to ensure that no individual had greater rights that another.

We the People of the United States, in Order to form a more perfect Union, establish Justice, insure domestic Tranquility, provide for the common defense, promote the general Welfare, and secure the Blessings of Liberty to ourselves and our Posterity, do ordain and establish this Constitution for the United States of America.

Looking back, the Constitution acted like a colossal merger, uniting a group of states with different interests, needs, laws, and cultures. Our 1st government was the “Articles of Confederation” where states acted together for their own specific purposes. The Constitution united ALL citizens as members of a whole, vesting the power of the union in the people. Without it, this peculiar American experiment might have ended as quickly as it began.

We the people of the United States, in order to form a more perfect union, establish justice, insure domestic tranquility…”

Citizen’s consent to follow the law protects our rights in everyday situations. The key to the rule of law, is the commitment to applying the laws fairly to everyone.

Today we see America in turmoil and isolation fatigue is leaking like a sieve.  Our citizens are marching in the streets by the tens of thousands, even when they know that their very lives are dependent on isolating due to a deadly pandemic.  Unfortunately, many in our country are divided politically to the point of open hostility more than ever before. Some do not trust our government, our police, our elected officials, and it is taking a toll on our spirits.  We fought a war with ourselves over the rights of all to be free, then 100 years later, we had to march to confirm the results of that war and yet that message seems to have been lost. So today, we still have not got it right.  Our country is a work in progress, and it should be always striving to improve.  Yet, what we do have is the right to speak our minds which is protected by the freedom of speech. Even when it seems that no one is listening. We can speak openly, we can march openly, we can pray openly. It is an experiment that continues . . . we have been here before, and we will get through this again.

How did you celebrate Independence Day this year?  Please comment below.