along the Regional Pacific Electric Trail

The Etiwanda Pacific Electric Depot was built in 1914 as one of the first tilt-up commercial construction buildings in California.  The Historic Etiwanda Pacific Electric Depot sits at the intersection of Etiwanda Ave and the PE Trail just a short distance north of Baseline road. It proudly resides in the historic Etiwanda neighborhood along with the Chaffey Garcia House across the street along with the Norton Fisher House and the Chaffey-Isle House.  The architect was Irving Gil who had the vision to create a multi-use train depot to carry passengers from the Inland Empire through the San Gabriel Valley on into Los Angeles and points beyond and transported fresh picked citrus and grapes that were harvested in the Cucamonga Valley.  In the early 20th Century, electric trolleys known as Red Cars connected people to previously isolated areas of Southern California. Freight trains delivered locally grown citrus and grapes to San Bernardino and destinations across the country. During the World War II era, the railway moved materials and troops to the ports of Los Angeles. 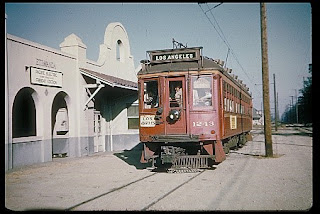 The Pacific Electric Railway Company, nicknamed the Red Cars, was a privately owned mass transit system in Southern California consisting of electrically powered streetcars, interurban cars, and buses and was the largest electric railway system in the world in the 1920s. Organized around the city centers of Los Angeles and San Bernardino, it connected cities in Los Angeles County, Orange County, San Bernardino County and Riverside County. 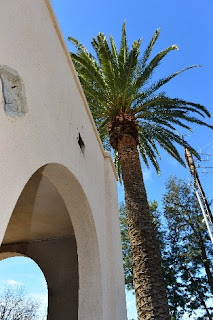 The Pacific Electric Trail is a 21-mile regional rail trail that has been constructed as a Rails to Trails conversion along the former San Bernardino Line and connects five Inland Empire cities:  Montclair, Upland, Rancho Cucamonga, Fontana and Rialto.  The Etiwanda Pacific Electric Depot is centered at the midpoint adjacent to the 21-mile regional trail making it a desired location for a trail head stop for pedestrians and cyclists to stop at for refreshment, socialize or put air into their bike tires. 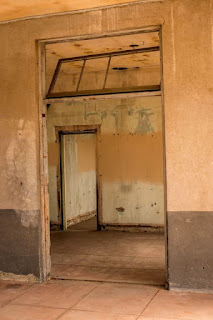 The historic Depot is charming with its’ Spanish Revival design by Architect Irving Gill. Commissioned by Henry Huntington’s Pacific Electric Railroad, it now sits in suspended animation waiting for its’ next role in the community. Like a blank canvas waiting for an artist to infuse life back into it, the Depot stands as a testament to the significance of preserving history for generations to come.  To be sure, this remnant of a bygone era has more to offer us in its’ future. We are all waiting for its’ next chapter to be fulfilled….

Do you wonder when the Depot will be restored comment below.

Watch Tales from the Trail here

Posted by Friends of the PE_TRAIL at 8:34 AM